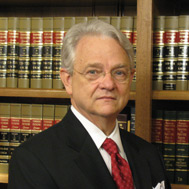 Legal Rating:
Judge Hall was rated by his peers at the bar as AV®, Peer Review Rated, which is the highest legal ability rating and ethical standing rating available from The Martindale-Hubbell Lawyer Ratings.

Prosecutor:
Served as Lead Prosecutor in City of Memphis, Division 8, DUI Court in 1977.

Pre-Law:
Bachelor of Science from University of Tennessee at Martin in 1971. Member of Alpha Tau Omega Fraternity.

Judge Hall has been married to Melinda Cox Hall since October 8, 1976. They had four children, Will, Virginia, Charles, and the late John Wright Hall 1970-2013. He and his wife have five grandchildren, Alexander, Harper, and Betsy Hall, Brennan and Ethan Ilsley.

He was a lifelong member of the Collierville United Methodist Church and a communicant of St. Andrew’s Episcopal Church in Collierville, Tennessee.